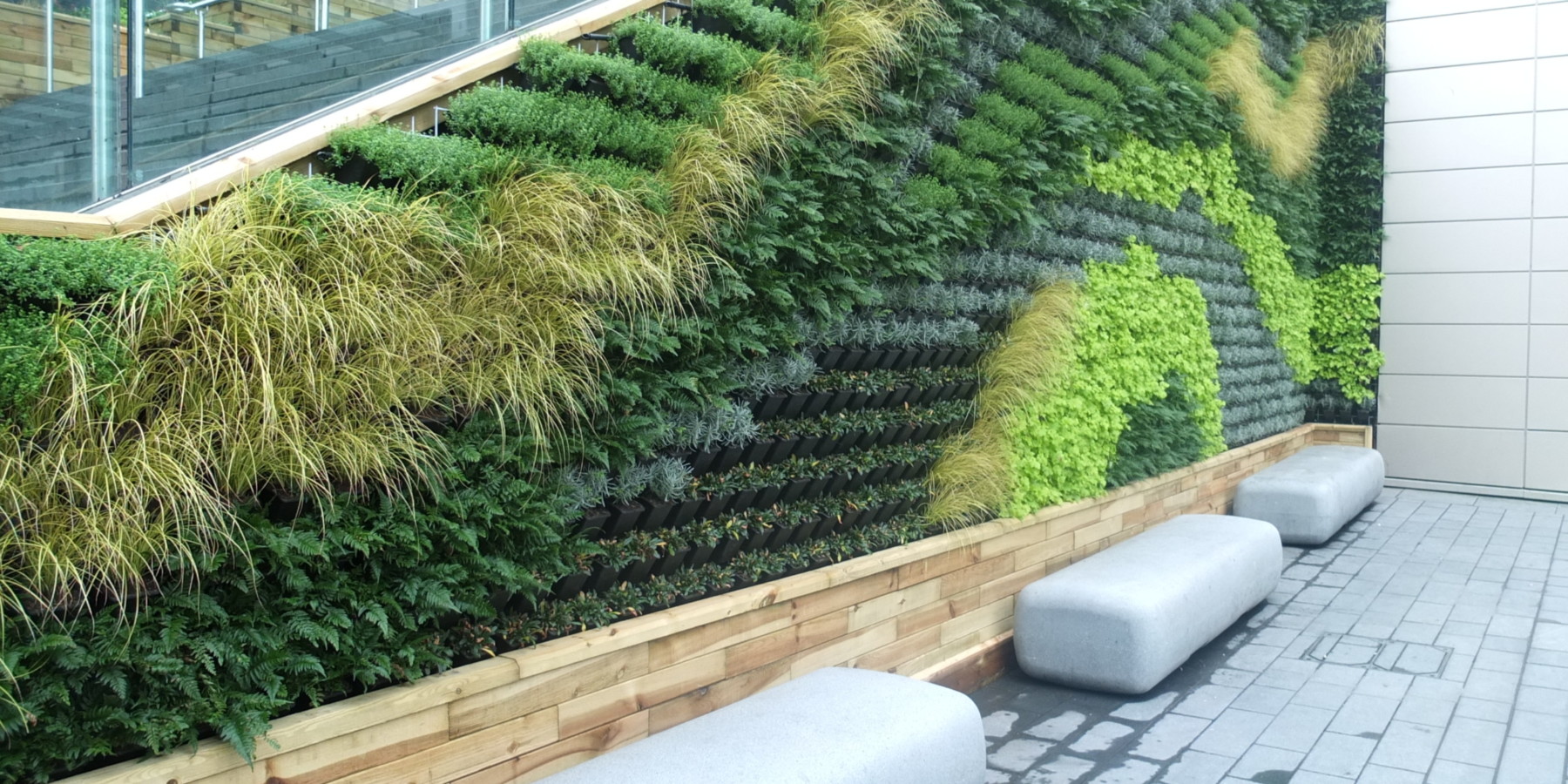 The Arup Green Building report shows that the contribution of ‘green building envelopes’, such as vegetated and moss walls, vertical farming and roof gardens, has been underestimated.

This global Arup research study aims to provide insights into the impact of green building envelopes on our urban ecosystem. This system is subject to drastic changes regarding available space, mobility, food, water and the general way people live in cities.

More than 15 Arup specialists around the globe aimed to quantify the frequently discussed benefits of green building envelopes regarding their potential to mitigate urban noise, air pollution and heat. Five global cities – Berlin, Hong Kong,  Melbourne, London and Los Angeles – have been evaluated. Unsurprisingly, both the morphology and the geographical and climatic context have a significant impact on noise, pollution and heat. Working with a variety of digital tools, Arup teams were able to prove the positive contribution made by green envelopes to our urban ecosystems, leading to the following conclusions.

Worldwide, 3.7 million premature deaths in 2012 were attributed to exposure to poor air quality. Approximately 200,000 of these were in Europe and 900,000 in south-east Asia.

Green envelopes, often dismissed as “architectural window dressing”, can reduce localised air pollution by up to 20 per cent in some locations, rapidly reducing toxic air at street level.

Advanced computer software was used to provide a visual representation of the flow of gasses, and help determine the effectiveness of green building envelopes to reduce pollutant concentrations. The report highlights plant species, such as pine and birch, that are particularly effective because of their ability to capture large quantities of particulate matter, including during winter when pollution concentrations are highest.

The study also highlights that green envelopes can reduce sound levels from emergent and traffic noise sources by up to 10 decibels in certain situations. To the human ear, this could make traffic sound half as loud. Increasing the quantity of vegetation in a city can also reduce temperatures. According to a US study, urban areas with a population exceeding 1 million can be up to 12°C warmer in the evening than surrounding areas, and in particularly dense centres, green infrastructure could reduce air temperature by up to 10°C. Green envelopes can also reduce peak energy consumption in traditional buildings by up to 8 per cent.

As cities become more densely populated and increasing pressure is put on existing parks and open spaces to make way for further development, the report shows how green buildings can play a significant part in reducing urban stress and keeping people connected with nature. Vertical and urban farming are also highlighted as great ways of being able to create community spaces.

Arup global landscape architecture leader Tom Armour said: “Tackling rising air pollution is a priority to help improve people’s health. As our cities continue to become built up, ‘grey’ structures, such as walls and roofs, are a source of untapped potential for adapting into green spaces. When well-designed, green envelopes can have a positive impact on tackling air pollution, but can also deliver a wide range of social, economic and environmental benefits to make cities more attractive and healthier places to be.”

Green façades can result in local reductions in concentrations of particulate matter, typically between 10-20 per cent. However, the level of reduction is highly dependent on the configuration of the buildings and street in terms of the ratio of the height of the buildings to the width of the street. The reductions are localised within the street canyon, and overall reductions on the air mass in the city as a whole will be much lower.  But green envelopes do provide an  opportunity to improve air quality in  selected areas.
Five global cities have been in the focus of this global research study which proved positive effects of green building envelopes on  urban ecosystems.

Acoustics Green façades can reduce sound levels from emergent and traffic noise sources by up to 10 dB(A). They do not significantly improve noise level reduction close to a noise source, but show greater improvements with increasing distance from the source up to the point where ambient noise begins to dominate. Green façades are unlikely to have a noticeable acoustical impact when a neighbourhood’s sound environment is dominated by distributed sound sources. In general they are likely to have a greater acoustical impact during the night, when ambient noise levels are lower and the soundscape is dominated by emergent  sound sources.

For the Urban Heat Island (UHI) effect, it was found that there is a variety of city associated parameters like the grid, solar radiation, canyon height-to-width ratio, thermal mass and the percentage of green space that influence the effect independent of green envelopes. Green façades are most effective in reducing UHI in cities with a height-to-width (H/W) ratio greater than two – very dense urban city centres like Hong Kong or Melbourne fall into this category – peak temperature reductions of up to 10°C having been modelled. Green cities like Berlin experience limited benefit compared to denser cities with more concrete surfaces. Cities with wide streets and low-rise buildings like Los Angeles benefit more from greenery at street level, whereas at building level, green envelopes have the biggest impact on cities with a height-to-width ratio of less than one and a sunnier climate – a reduction of 8% was predicted for a low-rise building in LA, whereas denser European or Asian cities only saw reductions of 2-3 per cent.

Based on the results of this research study, Arup’s aim was to develop the individual modelling methodologies further and refine them in order to quantify potential effects for more cities. Moreover, applying the approach to more urban typologies such as squares, courtyards and districts would enhance seamless integration into future planning processes on both an urban and a building scale. This enables us as planners, designers and engineers to contribute positively to more liveable future ecosystems and cities