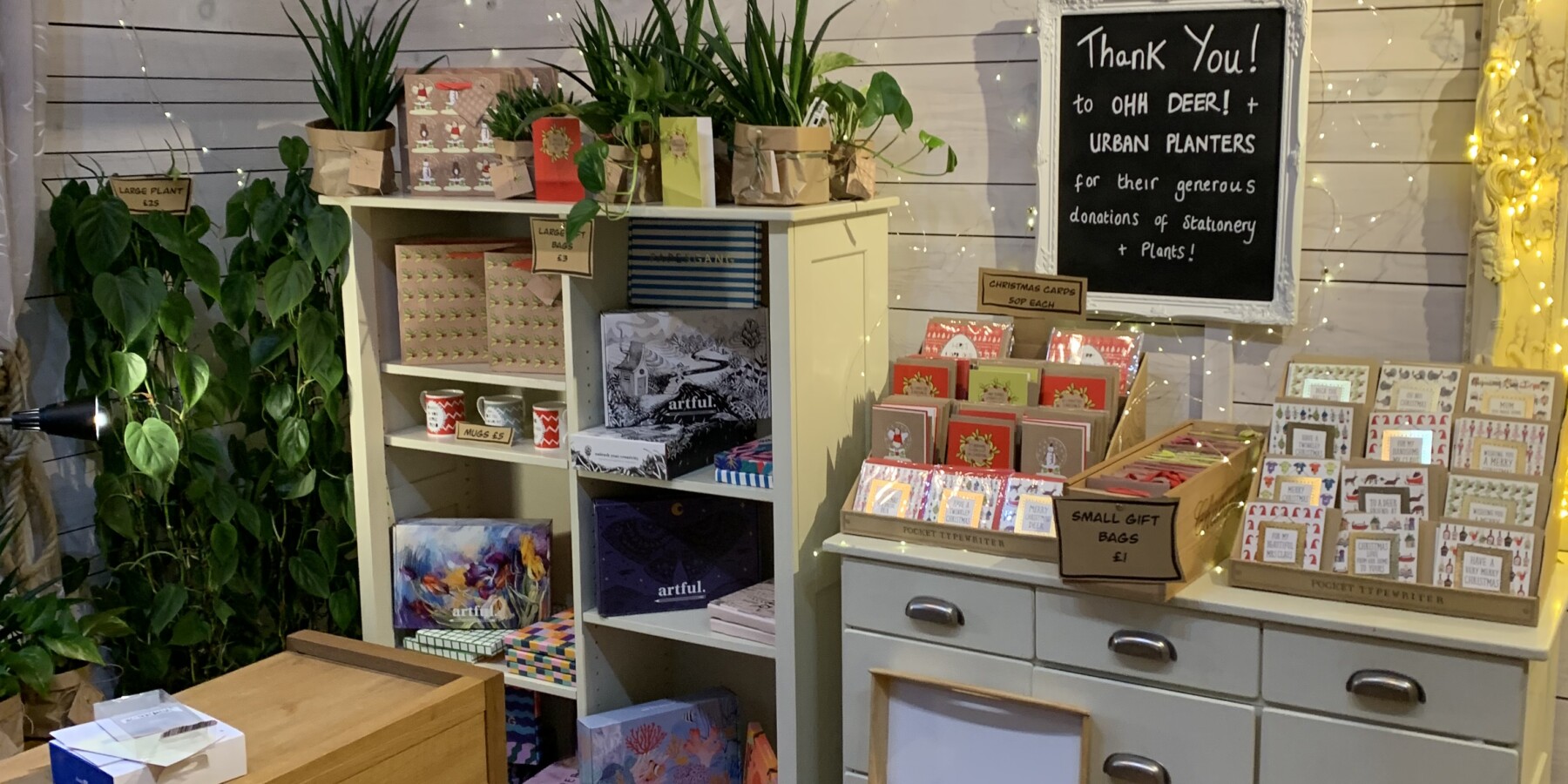 Early in December, Urban Planters teamed up with one of our valued clients, St James’s Place Wealth Management Group to run an Elf Hunt for charity.

The one-night event raised a whopping £2,673 for Newark Women’s Aid, an amount which was matched by SJP, ready to give to other local worthy causes.

The Elf Hunt was a huge success, with around 150 children taking part, searching for clues to lead them to elves on a trail through three neighbouring gardens.

The gardens were adorned with a range of decorations, put up by the owners to add to the festive feel, and elf helpers, among them Urban’s Charlotte Bellingham, led the children along the trail, telling a story which unfolded as each clue was found.

SJP’s local charity foundation had approached us to ask if we could supply a range of house plants to sell in the Chief Elf’s Hut at the end of the trail, with all proceeds going to charity.

We supplied a range of house plants to add to the other products on sale at the hut and Charlotte was on hand to advise people on the right plants for their spaces and lifestyles.

The money raised will make a huge impact to Newark Women’s Refuge. They are currently supporting around 25 families, all in need of urgent help and supplies.

SJP also donated a Christmas hamper to each of the families at the shelter.