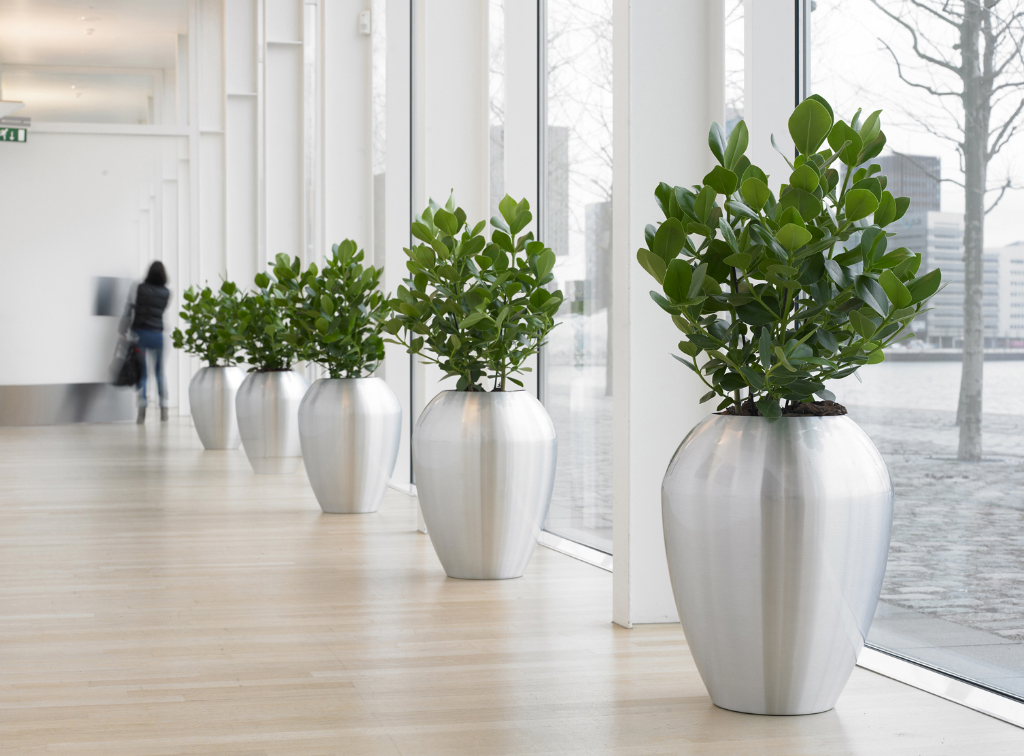 In the world of interior landscaping and building design, we are hearing more and more about something called ‘biophilic design’.

Biophilic design may be a bit of a mouthful but it really is a simple concept: bringing more of the natural world to our indoor environments.

It’s a concept on the rise and comes from the term ‘biophilia’, which describes the innate human need to be connected to nature, and therefore our preference for the natural over the built environment.

It echoes something we have been shouting about for many years: being near plants makes us happier, healthier and more productive, and incorporating nature into the design of a building has tangible positive effects on those who work there.

Now a new report on biophilic design has looked into the state of the workplace in a range of countries across the globe, and has found that, as the world becomes more urbanised, many of us work in places with no natural light or plants.

In fact, the United Nations predicts that by 2030, 60% of the world’s population will live in urban environments, so there is an ever more pressing need to counter our growing disconnection from the natural world.

The Human Spaces report is the first study to take a global look at the state of workplace design, the effect it has and the potential impact of bringing nature to the workplace.

Most shockingly, it found that 47% of participants in the study had no natural light where they work and 58% had no greenery in sight.

This is despite a third of people stating that the design of an office would affect their decision to work somewhere, listing natural light, then indoor plants, as the most important elements in a desirable workplace.

In short, nature contact has a restorative effect on people, helping them deal with stress, and has a positive effect on work performance.

As the report puts it: “…within an urbanized environment, bringing in elements that allow direct nature connection (such as parks and lakes) or indirect connections (i.e., interior design using natural elements, nature-resembling colors and patterns, indoor plants and views of greenery) can help us to mentally recover and provide respite from our day-to-day activities, to maintain positive well-being.”

Even scenes of nature in pictures, and bright colours play their role in boosting wellbeing in the workplace, the report found.

You had me at ‘hello’

What’s more, the report shows that the impact of plants can be immediate: a higher percentage of respondents felt happier and more inspired on entering a workplace with greenery than those entering a building with no interior planting.

On the other hand, more people felt anxious or bored walking into a plant-free workplace than those entering one with plants.

Given this, the report states, workplace design should be considered as part of a company’s branding. People are placing a growing importance on the look and feel of a potential office when deciding on a job, so it is not unlikely that the image of the office is linked in their minds to the company’s image as a whole.

We couldn’t agree more. Strengthening our contact with nature by giving workers sight of the natural world can only be a positive experience for employees and employers alike, and introducing more plants to the workplace is a simple, easy way to revive this connection.

To read the report in full, go to the Human Space website. We have lots of information on the health benefits of plants on our website. Take a look and see how simple it is to breathe new life into your workplace.