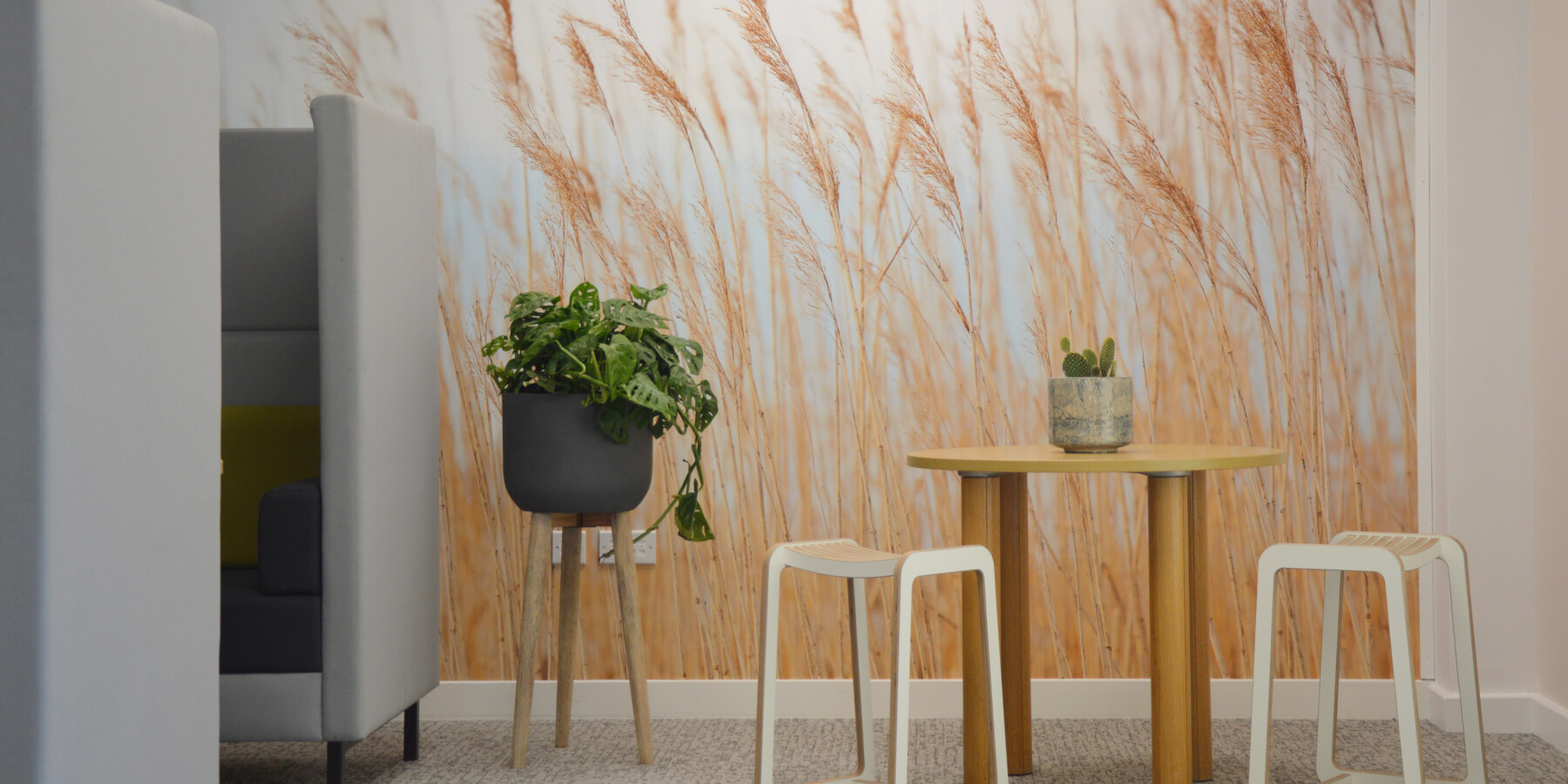 Sustainable nutrition company, Kerry Foods, have been a client of Urban Planters London West for over 20 years.

When their Egham offices were due for a refresh, the Urban team worked closely with Tracey Brian at Kerry Foods and interior designer Maz Mahmoudi of 3equals1 Design Ltd to create a scheme which suited both the building and the client’s tastes.

Encompassing large, leafy feature planting housed in a variety of neutral containers in a stone finish, we were able to create a natural feel in line with Kerry Food’s brand and ethos.

Because our team knew the building, designer and client so well, we knew the client’s preferred style, so could suggest containers and specimens to suit their aesthetics. We could also quickly advise on areas which were too dark for live plants, focussing resources on areas where plants would flourish.

Despite a very short turnaround time, we were able to achieve quick decisions by working closely with both designer and client together and were able to install for the client’s opening date with just a day to spare.

“The client wanted to create wellbeing and a calm space. Therefore, the plants were a huge part of the project to make the staff smile and create separation without harsh barriers. Urban Planters achieved this and did a great job,” Maz Mahmoudi,  3equals1 Design