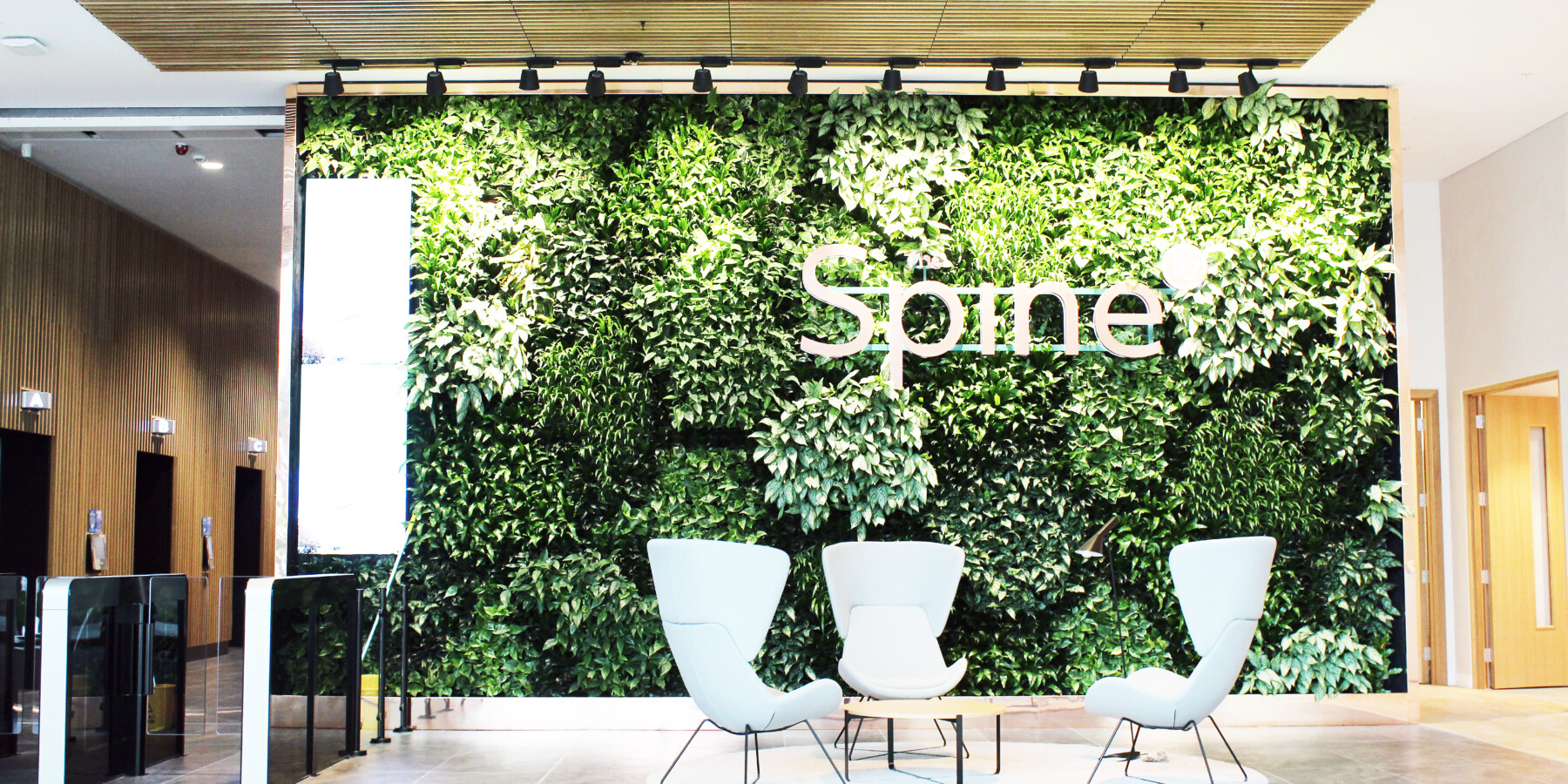 For the first time in its 500-year history, the Royal College of Physicians has moved into an office outside London, called The Spine.

Built in partnership with Liverpool Council and designed by architecture and building consultancy practice AHR, the building sits in the heart of Liverpool in Paddington Village, part of the wider Knowledge Quarter.

The RCP will occupy seven floors of the 14-storey building, providing events, services and activities closer to its members in the north.

With wellbeing at the very core of its design, the building has been constructed with the aim of being one of the healthiest workplaces in the world.

The human body is integral to the building’s design, from the distinctive vertebrae-like stairs to the tessellated polygons designed to mimic the look of skin cells in the exterior glazing.

A key part of the plating design for the building are three ‘vertical villages’, double height green spaces on the ground, 10th and 12th floors featuring planters containing high-oxygen-producing plants to improve the internal environment.

The Spine is BREEAM Outstanding rated and has been built according to principles established in the WELL Standard, the premier standard for buildings seeking to implement, validate and measure features that support and advance human health and wellness. The building is in fact on track to achieve the WELL Platinum rating.

Integral to achieving the WELL Standard was biophilic design. Working with designers Oobe and Overbury, Urban Planters introduced plants around the building to improve air quality. The planting scheme works with the biophilic-centred interior design, which echoes that of the development of a tree through the rise of the building: earthier colours for the lower floors merging into greener, leafier colours and patterns further up and finally a palette of blues on the upper floors.

The building has a series of internal planting beds and living walls which are designed to connect them with nature and improve their mental wellbeing.

The aim was to create a forest effect with the planting, using Veitchia merilli trees as large as 4.3 metres tall and a mixture of large-leaved live planting, such as Alocasias, Philodendrons and Kentia palms. The planting beds are built into the floor, to make the natural elements seem intrinsic to the building.

Integrated seating lets people sit under the foliage as if under a woodland canopy while bespoke lighting columns run up through the planting, making features of the displays at night.

‘The architect’s knowledge and foresight with the planting design made it something rather exceptional and different to work on’ says National Sales Director, Tom Palfreyman. ‘When the planting is included in the very design of a new building, it can look and feel part of the structure, so the natural elements can truly bring life to the humanmade.

‘And, given the client, the strong focus on maximising the health benefits of plants was no real surprise!’